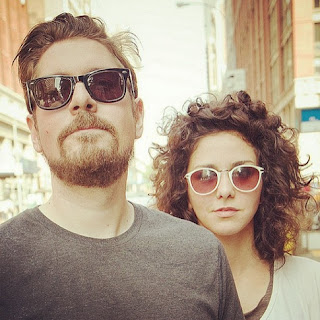 Since their debut self-titled LP was released at the tail-end of 2011, Cultfever's follow up has been eagerly awaited, with pulses ready to race and feet ready to dance to their unique brand of high-powered electronic pop. 'Animals', expected to be included on their second album, was let loose back in February this year, but has been receiving deserved attention once again since a new video appeared in June.

Brooklyn-based duo Tamara Jafar and Joe Peter Durniak appear to live and breathe music, and specifically show dedication to their own creations with obsessive-amounts of time spent recording and working on new material. This commitment clearly pays off, and is enjoyably evident in 'Animals'; a beat-happy track with no small-amount of cheery synth and dynamic vocals. Durniak's arrangement and production is top-notch, and Jafar's voice moves comfortably throughout the imaginative lyrics from a breathy and sultry delivery of a verse to a sudden powerful call.

"I was the drunk rhythm guitarist who wrote all these weird songs." - Robert Smith
Posted by Hobbes at 17:27