Marina and the Diamonds.

There, I've said it.

Anybody that has been following the progress of Charli XCX's music and - in particular - her recent releases in the approach to the debut album in October, will have undoubtedly come across comments (and possibly criticisms) that suggest her vocal style lies very much within the same category as Abergavenny's popular female export. But although the similarities are certainly apparent, it wouldn't be fair to the new girl (full name, Charlotte Aitchinson) to just label her as a Marina-copycat, particularly when you take into account the darker tone of her work so far and the more-surprising elements of her previous material.

Charli's music and image definitely nestles neatly into the current circle of new-wave, female synth-pop: bold, brazen, and beautiful. The 1980's inspirations sit plainly and unashamedly in view, and she vocally cuddles up to everyone from Kate Bush, to Gwen Stefani, to Alison Goldfrapp; and from love-her/hate-her Lana Del Rey, to La Roux's Elly Jackson, and of course the aforementioned Marina. 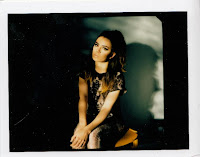 Dip into her past and it seems as though her modus operandi was to do whatever she damn well liked and to hope that maybe someone along the way will also connect with it. Judging by the current buzz, it blatantly worked for her. However, it would be safe to suggest that she's recently toned herself down just a touch, and in turn has allowed her music to have a slightly broader appeal. Ignore the yelps and critical sighs of those who claim it is solely a case of selling-out to commercialism, and instead give Charli the benefit of the doubt by assuming that perhaps she's found "her sound" and it's just a little less selfish now.

The expectation is that she'll net more fans via the happier and dancier story of You're The One - even if it does confuse itself with grungy verses amongst its praise-ridden chorus (which the video at least recognises with its bipolar visuals), but I suspect that Stay Away is closer to what Charli would like to continue releasing. It is far darker, far more emotional, and far more mature. Whilst You're The One could come and go in an instant, Stay Away could make a more permanent presence in angst-ridden bedrooms and earphones across the country. And rightly so; for although it might not offer any great new ideas or take us on any kind of journey that we've not been on countless times before, Charli's delivery in Stay Away (particularly the sparse Bush-esque calls, and the extra push given on the title's words) suggests a sincerity that needs to be harnessed and applauded right now in the hope that her future is a path that remains easy for her followers to walk upon, but which slowly veers away from all those she is being compared to.

Oh, and what does the XCX after her name mean? According to her interview with Rolling Stone, nothing at all: "I really just chose the name because I thought it looked cool and sounded catchy". Sounds like a perfectly good reason to me...

"All the bad publicity does toughen you up. The only way you can deal with the criticism is by learning not to care." - Simon Le Bon, Duran Duran.